Director: Oley Sassone; Producer: Roger Corman; {run time: 90min} ~~~ When Reed and his pal, Victor, try to harness the energies of a vague cosmic force which is, for some reason, known as "Colossus;" an explosion rings out! and also some lightning!  While the accident leaves Victor presumably dead, Reed continues on with his life until ten years later when the wonderful idea of harnessing the energy of Colossus dawns on him.  This time though, instead of only one of his close friends, he decides to include three of his close friends -- and, wouldn't you know it? There's an explosion!  The results of this accident seem to have given the titular Four their Fantastic-ness as oppossed to just killing them like Victor...  However the adventure is just beginning, as our heroes may have made too many presumptions -- for a flamboyantly hand gesturing shadow from the past has now engulfed them in all of its darkness.  A flamboyantly hand gesturing shadow by the name of.....    Doom. 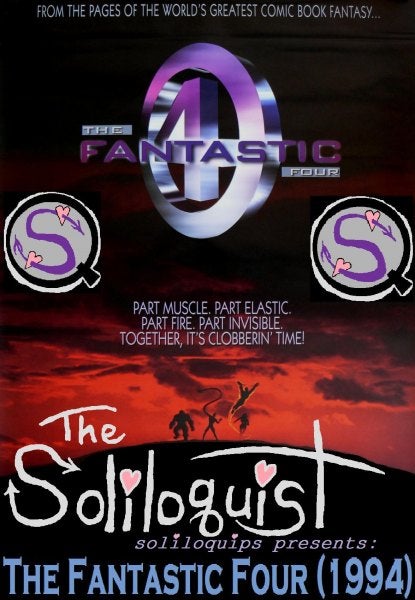