If South Park met MST3K, and was animated in the peculiar “Syncro-Vox” style of Clutch Cargo, you’d have… The Atomic Soda Pop Gang. Join Johnny, Jimmy, and Dub as they rip into the Cold War classic “Duck & Cover.” This is the film that taught school kids how to kneel in pencil shavings under their desk to protect themselves from a nuclear holocaust. Of course, a wooden desk is a cement bomb shelter compared to the piece of newspaper Dad holds over his head when the missiles strike. It’s atomic paranoia at its best. Bring on the Commies! The Atomic Soda Pop Gang is ready to rumble. 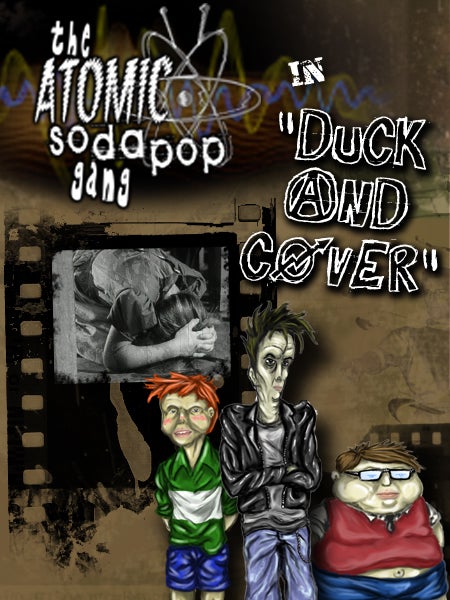