Doug's Big, Long One - SoH: The Land of Darkness VOD

Doug's Big, Long One - SoH: The Land of Darkness VOD

When one thinks on Greek mythology, they usually think of women boning cows, gods emerging from other gods’ noodles and a singing, disembodied head.  But what comes to mind when one thinks of the sons of Greek mythology.  Certainly something badass.  If that’s the case, then you’re about to be sorely disappointed.

Follow the ‘son of Hercules,’ Argoles (there’s no evidence to prove that this is, in fact, a true son of Hercules) as he wanders around aimlessly for about an hour and a half with a fruity little guy who rubs bark on his face, for some unexplained reason.

Thrill as Argoles fights a guy in a bear suit.  Watch as he hugs a lion.  Enjoy as he teams up with the whiley band of cannibals that kidnapped his new in-laws!  This movie as it all (and by ‘all,’ I mean ‘Everything that is terrible and sad in this world’).  Mostly, however, it just has an oiled up dude with no lips.

Join Doug has he grits his teeth and bears the pain of a movie so bad, they tell you the end in the middle.

This is a VOD presentation, containing the movie and the riff, pre-synced!

NOTE:  This is coming out within days of another iRiffer’s version.  The jokes are all different (the only similarity is the fact that be both despise the comic relief), and my version is as it first appeared on Saturday morning television (if you put the episodes back-to-back. 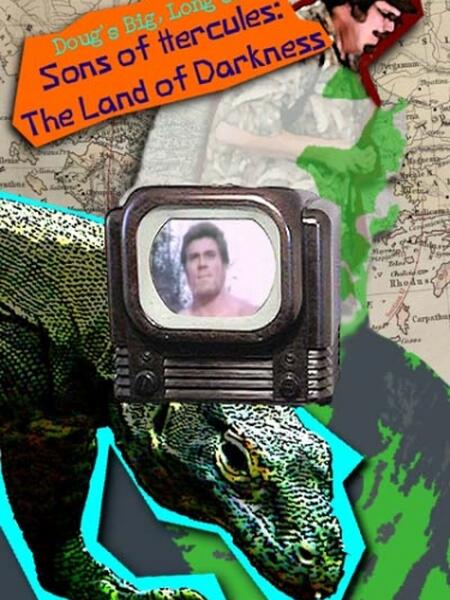