Doctor Who - Series 1: Rose and The End of the World

Doctor Who - Series 1: Rose and The End of the World

We waited 16 years for Doctor Who and the TARDIS to provide us more cheese and they did not dissapoint. Come and join "The Brothers Herman" once again as we riff the return of the Doctor and his Blue Box.

Starting wth Rose, plastic coming to life in downtown London, a timid boyfriend left by the easter bunny, and woman who seduces strangers for free (I can only imagine if this had been Las Vegas).  Then then the End of the World which brings you all the aliens you didn't see in the Senate Rotunda in Episode I, and with good reason.  As we meet the Blue Man Group's descendents, and trees that don't know what a computer is.  It's the End of the World as we know it, and we're just fine.

This video is rated Explicit Content not because we are any dirtier than usual, but because this is a riff of a kids show.  People often forget that bit, especially when the show itself has a !@#$%^&* trampoline.  Nevertheless... 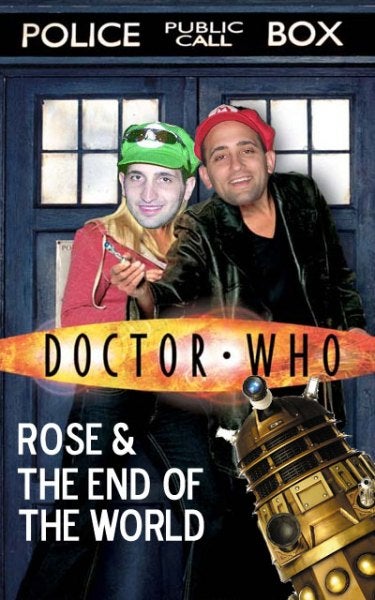