What would happen if the Gamera franchise ran out of ideas and tried to pad out a new movie with random fight sequences from other Gamera movies? Destroy All Planets. Still, there is something to be said of the gore of giant monsters violently tearing into each other in a movie aimed at children and dressed as a family film.

Offical Synopsis: A group of aliens from another planet head for Earth with the intentions of conquering it. Their first ship is destroyed in transit by the giant flying turtle Gamera. A second ship makes it to Earth and captures two Boy Scouts and holds them captive so that Gamera will not attack them. The aliens then implant a remote control device into the monster's neck and use the great turtle to attack Tokyo. The boys then come up with a plan to foul up the remote control device to the point where Gamera does the opposite of what he is ordered to. As a result Gamera destroys the aliens ship, but then has to contend with their giant squid like leader Viras.

This is a MERGED video file for the low low price of only $1.99! 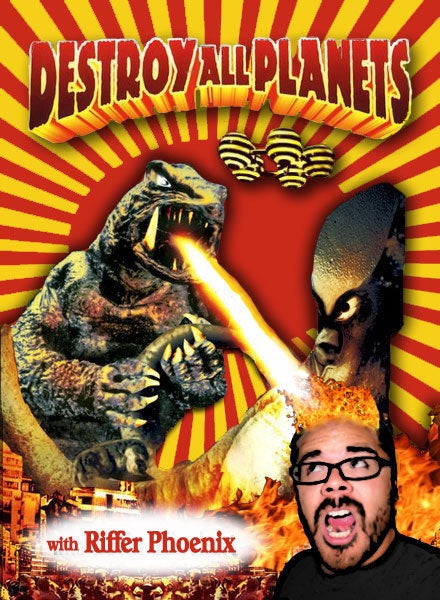