Curse of the Swamp Creature VOD

Curse of the Swamp Creature VOD

Outrageously violent for tv at the time and in love with mad science.  Curse of the Swamp Creature (CoSC) was widely considered one of the most influential American color remakes of Voodoo Woman of the 1960s.  Since no movie before it used recycled footage to the same extent, CoSC is considered by some to be the first “green” movie.

The magnificent script eventually intertwines two major stories and a few minor ones.  Jeff Alexander is at his best as a brilliant scientist (Dr. Simon Trent) who struggles to transplant gills onto humans.  Meanwhile John Agar (Barry Rogers) is unknowingly caught between some local low-lives who want to take his oil discovery and an insane doctor who wants to start a race of fish people.  Adding even more volatility to the mix the natives are getting restless.  They’ve grown tired of the evil doctor luring youths into experimental surgeries with the promise of easy gills.  Come watch the dynamite go boom!  Or not.

Some suggestive language and a few bad words.  Running time is about 1 hour 20 minutes. 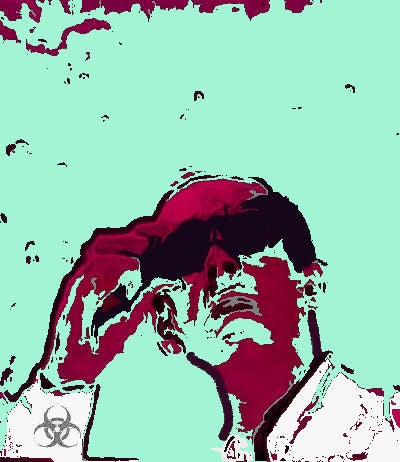