Johnny and the ghosts think they’ve gotten a break when Death assigns them an actual classic Hammer Studios horror film to watch. As usual, though, there’s a catch: The “classic” in question is COUNT DRACULA AND HIS VAMPIRE BRIDES, the last of Hammer’s Dracula films... and there are maybe a few good reasons it was the last one.

WARNING: GHOSTS ON THE BIG BROWN COUCH’s Video On Demand presentation of COUNT DRACULA AND HIS VAMPIRE BRIDES was rated R way back in 1973. It contains eh-xplicit scenes of violence, some harsh language (mainly from the riffers, who can... ONLY... TAKE... SO... MUCH...), and a fair amount of nudity, which sounds like fun until you see who it is. Oh, and there’s Satanism. Did we mention the Satanism? There’s a LOT of freaking Satanism. But the good guys win, so there's, uh, family values. 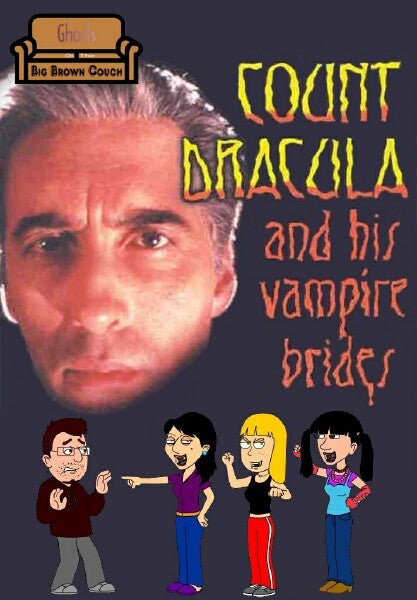