Corny Commentaries: Why We Respect The Law

Corny Commentaries: Why We Respect The Law

Why we respect the law.

From the 1950 film time capsule. When Ken goes on a crime spree, nobody’s safe. He starts out stealing pennies from Mom and from there, well…it’s pure anarchy when he and his pals steal lumber allegedly for their “baseball backstop.” Fortunately, Ken hires a lawyer who lectures him on the law until Ken (and our audience) is begging for a stint in solitary confinement. Spoiler alert: The gang starts to turn on each other like a Tarantino film but then Ken’s mouthpiece cuts a deal and all’s well in the end. 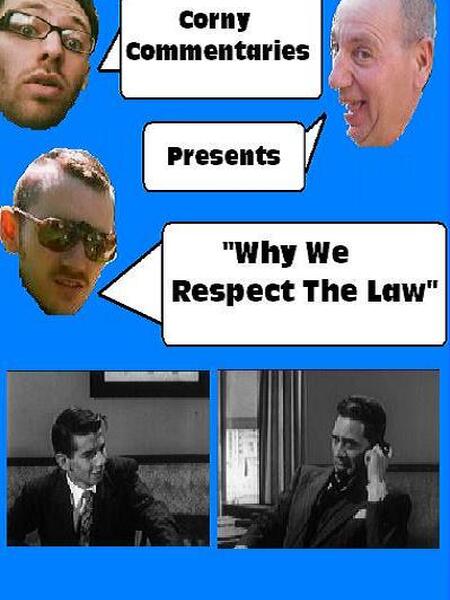