Maybe the writers were getting tired because we're only up to episode #4 and they're already using the word "Phantom" more times than Gene Autry can touch a kid in a way that might have flown back in 1935 but today would land him in the gray bar hotel with a roommate named "Bubba".

In this episode, Gene and his pals, "The Junior Thunder Riders", must save the day by helping Gene get his radio broadcast on the air and escape before the bad guys can find him. Fortunately, his Radio Ranch barn has more levels than an M.C. Escher painting, so escaping isn't a problem. Oops - did we give away the ending?

And oh yeah - there might be a bit of product placement on our parts, but hey - we're not doing this for our health, right?

While you're at it, check out the other episodes of this serial at http://www.rifftrax.com/iriffs/phantom-empire 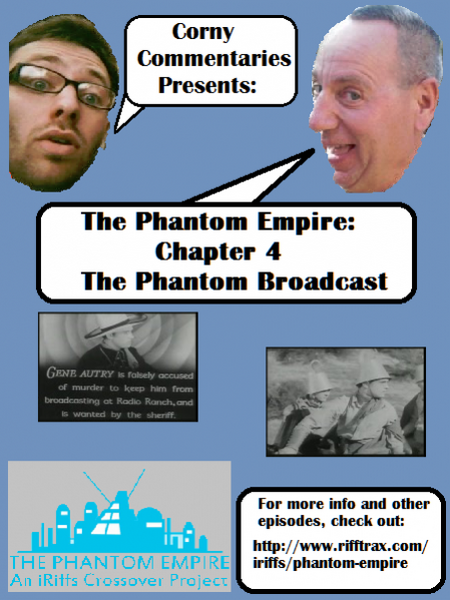