When a Central American dictator kidnaps his daughter, John Matrix (Arnold Schwarzenegger) eats his spinach, injects his HGH, and gets a-killin’.  See John senselessly slaughter wave after wave of mustachioed thugs.  Thrill to the nonstop cavalcade of absurd international accents — both fake and real!  Hear Arnold deliver pun-tastic one liners in the role that may be his McBainiest.  The star studded cast includes Alyssa Milano, Bill Paxton, and International Legend Dan Hedaya.  With all this and more, shouldn't you be going Commando right now?

PAL listeners, we are unable to test the PAL version, purchase at your own risk.  (And please let us know if it works!) 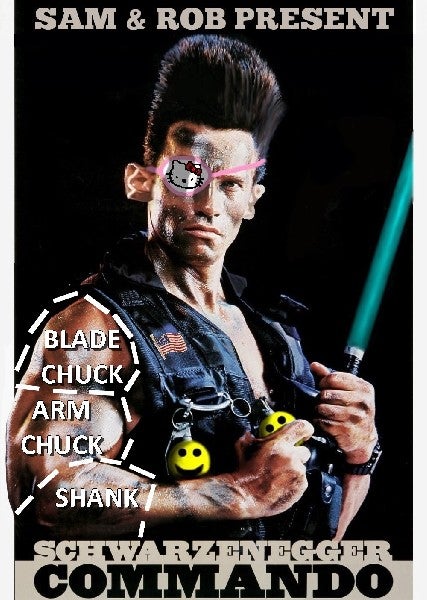