They don't make action movies like they used to. Inflated special-effects budgets have made it too easy, and now every action movie seems to be about pure spectacle. Wouldn't it be great to look back on the action movies of yesterday? Back when all you needed to keep an audience enthralled was an overly-muscled protagonist grunting unintelligibly into the camera against a backdrop of exploding mutants? Back when plots were so thin they gave your brain papercuts? Back in the days of the legend himself, Arnold Schwarzenegger?

Douglas Quaid had it all: a beautiful wife, a wonderful job as the only believable guy at the construction site, and all the protein powder he could eat. But a fascination with the planet Mars soon leads him to Rekall, a vacation company that sells him an implanted memory of his perfect Mars getaway as an unstoppable secret-agent (because nobody's built for espionage like a 6'2 Austrain that can bench-press a motorcycle). But soon Quaid finds himself caught up in an interplanetary conspiracy to deprive ugly people of oxygen, and he'll have to punch, shoot, and grunt unintelligibly into the camera his way to the truth!

Join Shawn and Keith as they once again dive into the fray, knives of comedy clenched firmly between their teeth! Joined by their hateful sync-goblin Syncy, Cinester Theater take the some of the worst that the 80's action genre has to throw at them. Will they falter in the face of extreme adversity? Or will they be left standing atop of pile of metaphorical bodies, covered in the metaphorical blood of their enemies, shirts ripped to expose their manly metaphorical chests, and scream definatly into the sky as the camera fades slowly to black? Don't be the last one on your block to find out!

(And, of course, please remember to rate and review.) 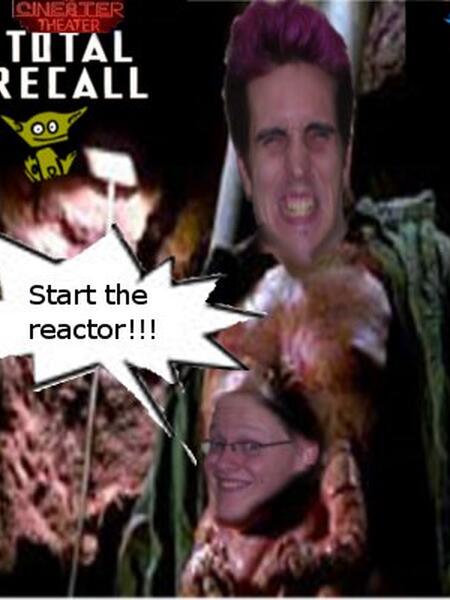