It's tough moving to a new town. You have to learn where all the grocery stores are, which gas stations will let you use the bathroom without making you buy something, and where to get the best second-hand furniture on garbage day. Oh, and then there's the swarms of karate bullies trying to kill you at every turn. Enduring daily beatings is one thing, but pair that up with all the uncertainty of growing up, and you've got yourself a recipe for one of the most beloved underdog stories of all time.

Daniel LaRusso is at the end of his rope. After moving to California and falling in love with the first blonde girl he sees, Daniel finds himself (well, mostly his head) the target of a karate-fueled onslaught by the school bully and his loyal gang of toughs. Daniel's strategy is to curl up in a ball and try to make it look like he's stopped breathing, but instead he's rescued by local drunk, Mr. Miyagi. For reasons that are never made entirely clear, Miyagi takes Daniel under his wing and begins to train him in the deadly art of Everyday Household Chores.

Will Daniel be ready for the Big Karate Tournament in time?

After a two-year hiatus, Cinester Theater is back for a brand new round of riffs! Join Shawn and Keith as they take on this heartwarming classic! 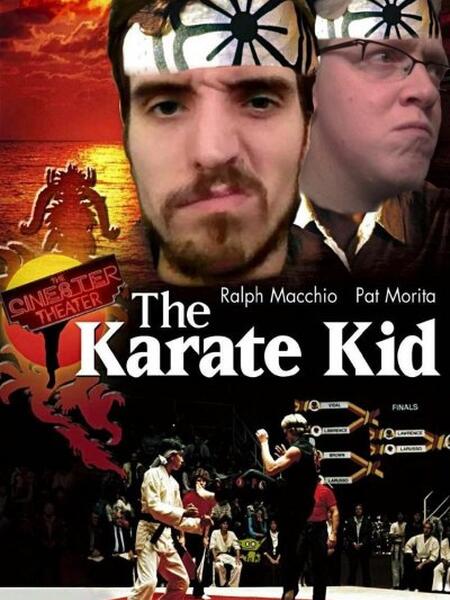