Boy, aren't robots adorable? You know, when they're not trying to melt our faces off, use our bioelectricity to fuel their terrible war machines, or sending themselves back through time to murder our children?

"Short Circuit" is here to prove that the answer is no. Even when they're cuddly and lovable, robots are annoying and should probably be destroyed.

In this family-friendly version of "Frankenstein", Number 5 is a sophisticated war machine brought to life by a plot-convenient bolt of lightning. After escaping from his inventors, he terrorizes the surrounding Oregon countryside with horrible TV commercial impressions, zany mishaps, and one of the most awkwardly forced romance subplots in the history of cinema.

Join Shawn and Keith as they turn this mockery of a film into a hilarious 90-minute thrillride of comedy! 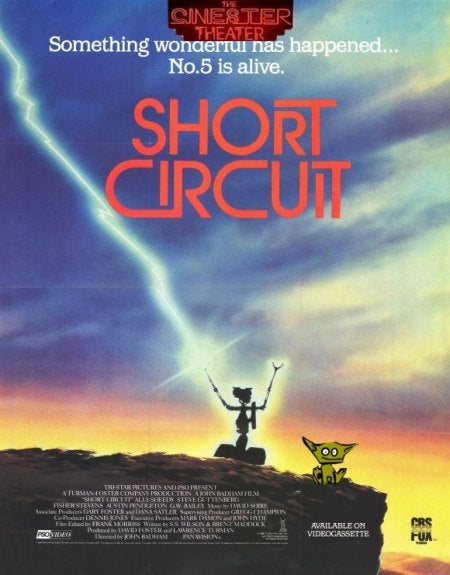