It's the highest grossing animated film of all time. It's developed a cultlike following of devoted parents and children. It's filled the radio with brain-rending earworms since its release. And statistically speaking, you already own 12 copies of it. Put on your winter coats and break out the hot cocoa as Cinester Theater takes on the latest Disney classic, "Frozen"!

It's summer in the land of Arendelle, but there's trouble brewing in the kingdom. Queen Elsa, cursed from birth with uncontrollable ice magic, has an embarrassing public freakout and accidentally triggers an ice-pocalypse. As Elsa flees into the mountains to build herself a supervillain fortress, her younger sister Anna ventures out into the cold to bring her back. Along the way, she meets goon-faced ice salesman Kristoff and an enchanted snowman named Olaf, who almost definitely spends this movie in the throes of a psilocybin overdose.

But will Anna and Elsa mend their relationship in time to keep everyone in Arendelle from freezing? Will Kristoff finally pop the question to his reindeer? Is seriously nobody bothered by how that snowman keeps rubbing himself on everything? Join Shawn, Keith, and Brooks as they brave the icy conditions and gale force musical numbers to find out!

We live in Arizona, it's 105 degrees outside while we write this, and this movie mocks us with its very concept. So hold your loved ones close and make sure the kids are in bed, because the gloves are coming off as Cinester Theater Presents "Frozen"! 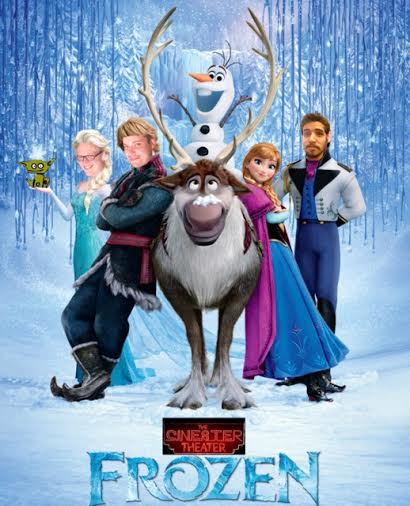