From the same company that asked the Earth-shattering question, "Why Study Industrial Arts?", comes the sister to that Oscar-worthy performance.

Back in 1950's post-war America, Centron saw that that the U.S. faced a major problem. With women working in record numbers during WWII, while their husbands, brothers and fathers were fighting Nazis and Japanese in farflung corners of the globe, they might end up deciding that the workplace is just as much a woman's place as the kitchen was. Since that could not be allowed in Centron's World, they came up with a brilliant idea. Why not "glamorize" the homemaker? Why not make her a "college graduate" by learning things that she would already learned in any given American home by age 7?

Well, just make her spend money on a diploma that promised her that she could learn all about "chemicals, markets, manufacturing etc.", all the while indocrinating her to be a house slave for her drunk husband, who would belt her whenever the Hungry Jack frozen dinner was 30 seconds late. Why, it was the 1950's version of "Women's Studies" crossed with a mail-order diploma normally seen in the backs of magazines sold at the local 7-11. A PERFECT duet, they thought.

Watch as the forgotten Lindbergh child first consorts with her Osmond devil spawn of a sister about the best way to learn about "home ecing". After scolding the sister for being a lazy clod for sewing up Dad's diapers, it is off to see the Betty Furness school counselor. Who proceeds to lay it on thick with a spiel so devoid of truth that it would embarrass Goebbels and Baghdad Bob and send them back to 1st grade for Propaganda 101. 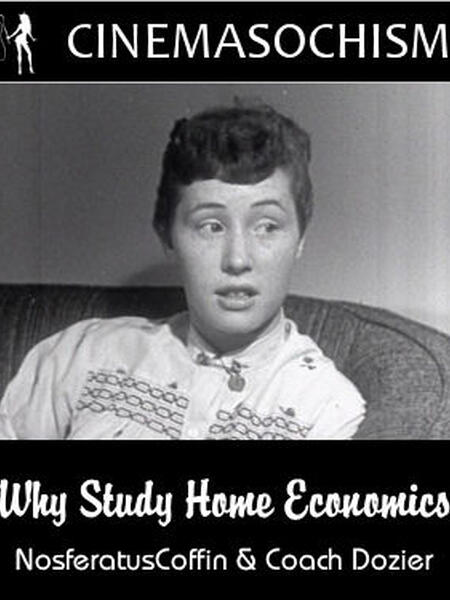