Halloween. A kid's dream come true. After all, is there anything cooler than dressing up in cool superhero costume, while getting free candy from the neighbors down the street? Of course not!

But before you get all excited at all of that free loot you will be getting, be forewarned. The ever-present party poopers at Coronet are hard at work, working with Grinch-like precision at giving you PLENTY of reasons to worry about, pout over and be flat-out terrified of the day.

Starting with the simple chore of carving the pumpkin. What is normally a fun, easy and safe exercise is turned into the equivalent of dissecting a quadratic equation. Only use a knife small that is small enough to lay on a pinhead and for God's sake, do NOT tick off Dad, else he will belt you with a half-empty can of Colt 45.

After that, it is time to go all ape crap over the kid's costumes. From a This Island Earth mask to an Art Bell Warning Signal robot, the creepy, pedo-sounding animated pumpkin goes down a list of all of the things that can go wrong or hurt you by wearing such garb. So, with the use of cheap 1980's hooker makeup and a discarded Chiquita bannana box, the kids are transformed from cool looking youngsters to a brood of Hooverville children.

After the costumes are "fixed", it is time to scour the neighborhood for Snickers bars. Unfortunately, this particular neighborhood features a Yakov Smirnoff impersonator who likes to take pictures of every group of kids that comes to his door. There is also a heavily medicated woman who likes to lure kids inside of her house by claiming she has more treats, while waiting to turn them into zombies with her head of Keith Olbermann talismen.

Of course, no Halloween safety short would be complete without finding something wrong with 98% of the loot that you have collected. Within 15 minutes of coming home, the kids find that all is left of their yearly ritual are a couple of pieces of fruit and a piece of medication that belongs to the old codger across the street.

With this short, "Keep out of reach of children" takes on a whole new meaning.

Also, join me in welcoming the riffing debut of long-time co-writer and collaborator, Coach Dozier! 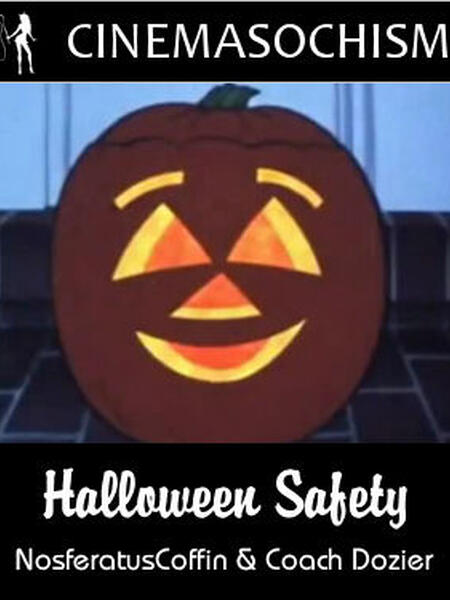