Ants. Satan's minature Army from Hell. Causing havoc at picnics, biting little babies on the face and threatening zoning boards nationwide, due to their intelligence and building skills.

However, long before WMD's were even a glint in Saddam Hussien's eye, industrious chemical companies were arming the average American BBQer with the tools to eradicate these pests with the relish of Chemical Ali on crack. MAN to the rescue, indeed.

Watch as Chlordane is sprinkled on suburban lawns as liberally as coke on a Charlie Sheen hotel table while it's fumes fell cats, produce three-armed children and penetrate the neighbor's iron lung.

Score one for Man! 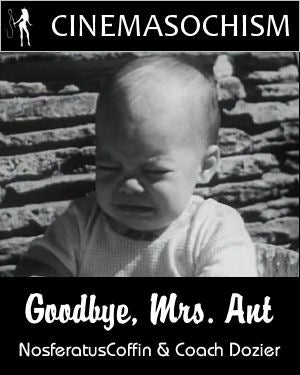