Cinema Riff Bandits Presents: Back to the Future

Cinema Riff Bandits Presents: Back to the Future

1985... Five years into the decade of bad clothes... some bad music and a Little Independent diddy called... Back to the Future! This is probably one of the greatest time travel movies of all time. After all how can you go wrong with a time machine made out of a Delorean? It's too bad the movie is based off of an idea of going back in time and becoming friends with your dad! At least that is where the concept came from. It makes us want to HURL!

But have no fear! Even though this movie has grossed more then $380 Billion world wide, we decided to open up this treasure of product placement imagery and literally destroy the timeline like never before. So make sure your seatback and tray tables are in their original and upright position! Buckle up and start the engine and hit the accelerator till it hits 88 mph and the flux capacitor does the electrical thing and join us on our First major Cinema Heist into the past during the year 1985... or is it 1955... Oh whatever just enjoy this little debacle of a movie with us.

Whoa this is Heavy! 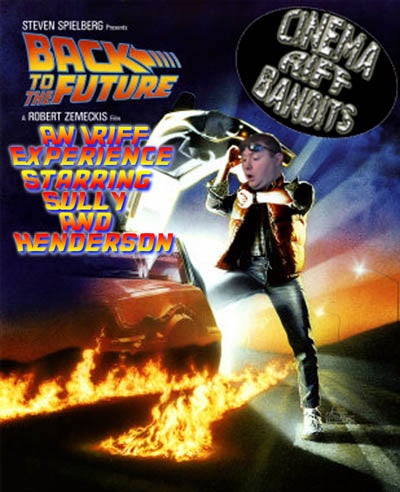