A twenty-eight going on forty Steve McQueen plays a teenager fighting off an indestructible and ridiculous threat from the stars - The Blob! Phoenixville, Pennsylvania's police force is stumped, unable to defeat the creature with their usual tactic of "wait until morning" so it's up to Steve and his pack of aging teenagers to run around screaming and shouting until someone takes notice.

There's only one thing that can save the world from this ridiculous booger from beyond the stars - the hosts of "Caustic Soda: The Podcast!" Only they can handle grossly humorous sciency topics like slime well enough to deal with disinterested law enforcement, mucus from space, and "those darned teenagers"! 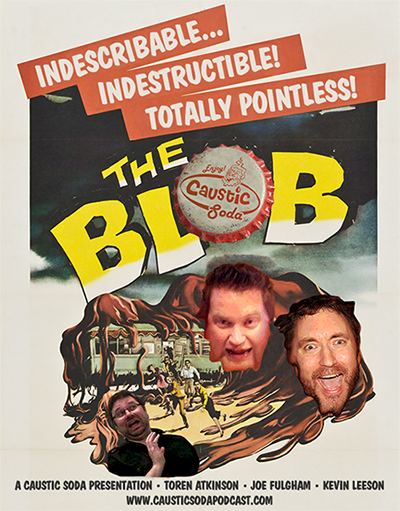