Dracula tells the story of a young Keanu Reeves who happens upon a fanciful castle full of naked women, liquids that drip towards the ceiling, and an eccentric old man with a rather rude shape attached to his head. Think of it like Willy Wonka's Chocolate Factory ... if the entire film had been the trippy tunnel sequence.

Riffer Insert Coin(s) to Continue dawns his favorite butt wig to guide you through the puzzling world of Bram Stoker's Dracula, and he is Bram Stoked to do it! More fun than you could fit into an empty coffin! 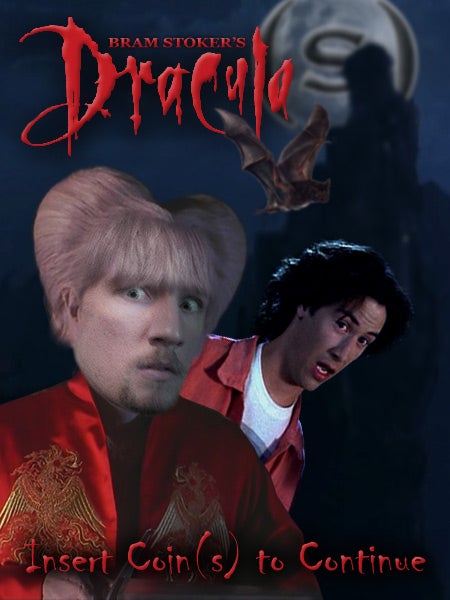