It’s in black and white. It’s an anthology. But The Twilight Zone it’s not. Tales of Tomorrow it is. Recorded live using actors that were most likely waiting tables at a diner on Melrose before being shoved in front of a camera, Tales of Tomorrow brought the slightly unnerving terror of terrible blocking to the public of 1951. This particular episode, brought to you by a watch company that shares a name with a failed car company, involves a mad scientist who loves (LOVES) water so much he wishes to turn the world into sweet, sweet liquid (keep in mind this is water, not booze). It also has something to do with the Department of Agricultural Research and the square-jawed clods that work there. Join Doug (Orwellian Nightmare Society) as he endures “The World of Water,” a VOD presentation, brought to you with the short and the riff combined, which means that much more work you do not have to do. This particular edition of Big Bunch of Doug Shorts includes three sketches, written and produced separately, but I thought you’d like them anyway. A thirty minute show and three sketches all for the price of a 10 minute short? Hot dog, it must be Christmas (or an equivalent holiday based on your religion or lack thereof. Don't sue)! 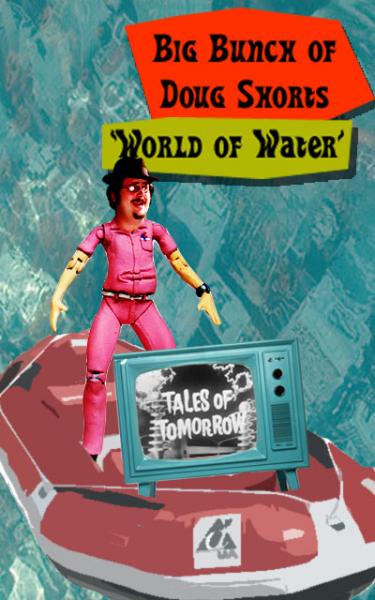