They said it couldn't be done.  Well actually only Albatross' friend's cousin's uncle did but that's a good enough excuse for us to sit down and watch a movie we like.

But don't worry, we have no shame and will tear into friend and foe alike, and this epic tale of accountant ninjas, philosopher crime lords, and scratchy voiced chirophobics has more than enough fodder for a good laugh.  So join TheBrothers Herman and special syncing guest Batman as we trawl through the origins of history's most famous guy to ever put on a bat suit and blow up cop cars.

We hope you all enjoy, we'll be over at the other end of the room trying to recover from talking like a pile of gravel with a sore throat..

Written and Performed by:

Note: It appears that youtube will not allow embedding of the trailer.  Until that changes you'll have to go to the source: www.youtube.com/watch.  Be sure to check out the other two trailers while you are there. 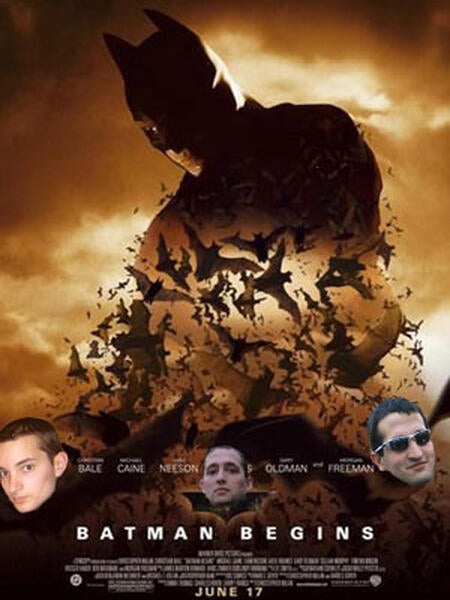