Ah, yes the JAWS OF JEOPARDY! It was around the time when the Jaws series of film had reached it's nadir with Bruce the Great White Shark appearing on game shows....

... What? You say this is not part of the Jaws franchise? You mean this is another one of those crappy singing cowboy vs futuristic underground empire films? Oh OK.

So, Gene Autry spends another 20 mins riding around and escaping from evil underground dwelling dudes, all with a song on his lips. Will he defeat The Phantom Empire and save radio ranch so we can all go home and watch the latest Charlie Sheen interview? Find out in this exciting chapter!

You can watch the previous chapters here: http://www.rifftrax.com/iriffs/phantom-empire 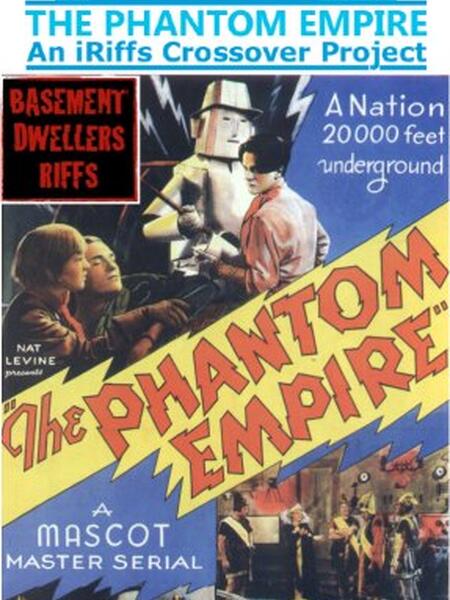