In the 1930's Scifi was in it's first awkward steps but one set of serialized films combined exciting stories, dramatic acting and, for it's time, impressive special effects.  That was of course, Flash Gordon.  Unfortunately, we have here a lame ripoff of Flash Gordon, The Lost City.  Sort of an "Oliver and Hardy" meets "Lost Horizon" meets "Commando Cody".  Make sure to look out for the extra good-natured racism that was only slightly offensive for it's time <cough>American nazis<cough>.

This is Part One in a serial.  Look for part two next week from Riff Chick!

Interesting story here with the actor playing the supervillain Zolock.  He's played by William "Stage" Boyd, who had to put in the "stage" to keep people from confusing him with William Boyd, the actor who portrayed Hopalong Cassidy.  Hollywood having changed little in eighty years, "Stage" began a downward spiral of booze and drugs that remains documented today despite the lack of TMZ and Inside Edition.  Despite the clear distinction between himself and the real William Boyd, both of their careers were ruined in the ensuing scandal.  Despite the better of the two Boyd's protestations to his employer that it was the OTHER Boyd, they fired him from his popular role. 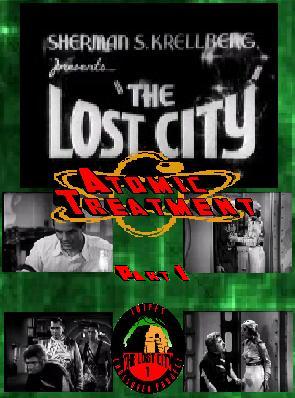