Atomic Treatment & Mr B Natural: The Earth vs. The Flying Saucers

Atomic Treatment & Mr B Natural: The Earth vs. The Flying Saucers

Aliens have decided to invade the planet and as usual a white male scientist is the first person they contact.  The scientist, played by Hugh Marlowe (Harshest Face in Hollywood 1953-1955) pleads for the US government to contact the aliens back but to no avail.  So the brave scientist sets out on his own to contact the aliens - and promptly sets the Earth up for invasion.  Nice going nerd.  Meanwhile, science guy's new fiance complains that someone else can save the world from his planet-threatening mistake and future father-in-law becomes a walking slave to the aliens.  That's gonna be a weird Thanksgiving.  Even the involvement of Ray Harryhuasen, whose talent was spent animating essentially motionless objects, can't save the film.

I'm joined by Mr B Natural again as a co-riffer on this full length VOD. If you enjoyed this buy more of our joint projects here at Atomic Treatment or under his iRiff project here: http://www.rifftrax.com/users/mrbnatural 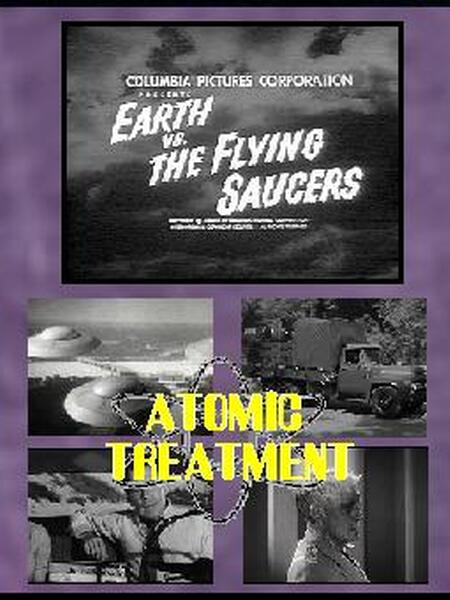