Atomic Treatment & Mr B Natural: Superargo and the Faceless Giants

Atomic Treatment & Mr B Natural: Superargo and the Faceless Giants

Get ready to move Ryan Reynolds to second place in your most hated superhero roles!  Well, technically Superargo is not so much a superhero as he is a lousy costumed private detective.  He sort of has superpowers - if poor handling of a sports car, shunting off work to his sidekick, and gazing longingly into the eyese of women (and men - seriously) are considered superpowers.

Superargo's death count by the end of the film has to number into the double digits, and we're not talking about the bad guys.  It says a lot about a police force too incompetent to handle an investigation that they have to bring in a lycra besuited professional wrestler-turned-mystic to track down the person behind a series of serious kidnappings.  Superargo bumbles his way through a series of incredible coincidences to discover that they are being turned into "robots" with the goal of.. uh, well... I'm not sure. I've seen this movie at least five times and it's still not sure what the end game is here besides turning a bunch of athletic, energetic men into a bunch of lumpy, slow-moving robots to rob banks.

This is, incidentally a sequel.  The original movie apparently was such success that someone sat and argued that this was a sure-fire money maker based on the success of the first film.  That's hard to believe.

Mr B Natural joins me again on this joint iRiff.  If you like this one check out our many other joint iRiffs 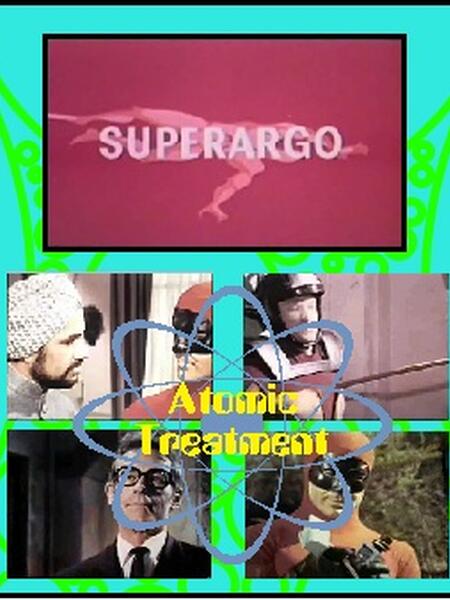