Atomic Treatment: Behind the Freedom Curtain

Atomic Treatment: Behind the Freedom Curtain

This film sheds light on a little known phenomenon that worried Americans of the past:  Election errors.  It seems that for a time election errors led to miscounts, recounts and such that caused problems with the election process.  Fortunately, voting machines came along to solve every single one of those problems so that in the modern day such a thing is completely unheard of and elections take place with little if any mention of problems and of course require no such drastic measures as recounts or going to the Supreme Court for a decision on who won an election.  It’s good to know that since the 1950’s we have managed to solve this and many other problems with technology so that they no longer present any issues.  Enjoy this bizarre little film highlighting the obscure troubles of the distant past and imagine what things might be like had we simply stuck with a simple paper ballot system.  Runtime 18:39. 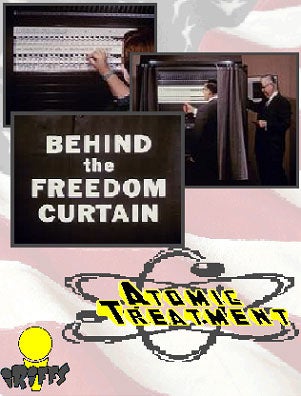