Atlas Riffed: A Riffing Of Atlas Shrugged Part One

Atlas Riffed: A Riffing Of Atlas Shrugged Part One

Comedians Josh Bolotsky and Matthew Filipowicz present Atlas Riffed, a second-by-second running commentary on the notoriously awful film adaptation of Ayn Rand’s objectivist manifesto, Atlas Shrugged: Part One. We’re going to make one of the worst films ever made actually fun to watch - and slowly but surely advance our covert crypto-communist agenda on an unsuspecting public.

Josh Bolotsky is New Media Director for The Other 98%, a netroots-powered social justice movement waging war on American plutocracy.

Matthew Filipowicz is a comedian, cartoonist, satirist and the host of The Matthew Filipowicz Show, a progressive political talk show. His work has been featured in the New York Times, NPR, PBS, the Wall Street Journal, Ain’t It Cool News, the Atlantic, the BBC, CNN, HBO, the Huffington Post, the London Times, the Nation, and many other outlets. 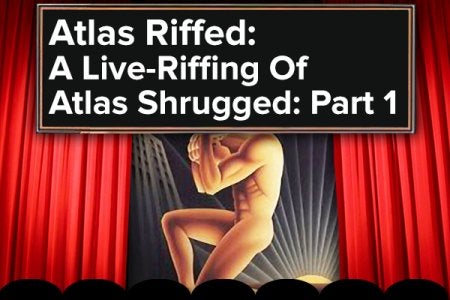