Driving can be tough. Especially when idiots on bicycles are in your way.  I mean, seriously, get a car or get out of the way, Ike the Bike.  Whether you feel that way yourself or think I’m a turd for saying it, this short is for you.

Join America’s Favorite Guy, Doug Driesel Jr. (Orwellian Nightmare Society) as he teams with awesomedude30.blip.tv’s Ed Galvez to weather I Like Bikes, a story of a young woman as she has to watch out for morons on bikes. 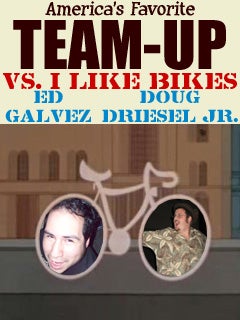