Alone in the Dark

Alone in the Dark

From the mind of Uwe Boll, certainly the Coleman Francis of our generation, comes a bold, striking new take on the age-old battle of Good Vs. Evil: what if it was depicted as a battle between light and darkness? This breathtaking new vision lays the groundwork for Alone in the Dark, one of the darkest, loneliest movies of 2005.

Tara Reid, fresh off her highly publicized affair with the entire 2005 AFC Pro Bowl team, joins a mostly-not-drunk Christian Slater in a battle against some ambiguously evil guy with some sort of vague plan that involves dropping worms in people's mouths and cavorting with slimy dog-lizard creatures. And that was just how Dr. Boll described it at the pitch meeting.

But the pain will abate as J.C. Walsh enhances the viewing experience with his own brand of snarky Jersey wisdom. Why, ninety minutes from now, you'll scarcely be able to tell which you hate more. But maybe, just maybe, you'll learn a little something about yourself.

(Note: Alone in the Dark is not to be confused with Ted Kaczynski's official biopic, upon which Dr. Boll is rumored to have dibs.)

This is for the theatrical version, NOT the Unrated Director's Cut. 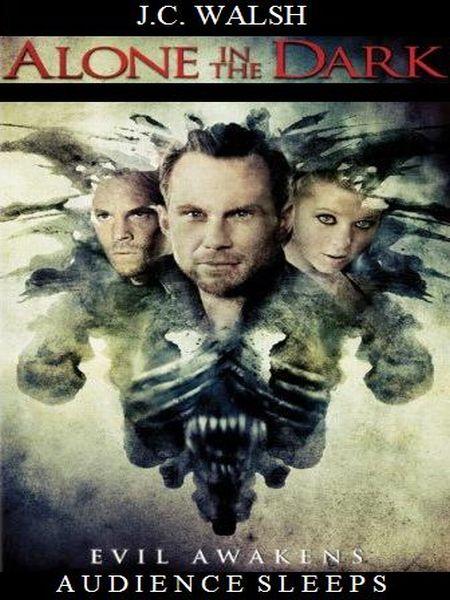