Alien: The One Man Band

Alien: The One Man Band

The siege of the One Man Band continues as yet another halfway decent movie gets sent down the pipe...the halfway decent part being any scene that doesn't involve panning around empty rooms for 20 minutes at a time.

The crew of the Nostromo wakes up to find that huge, creepy planet out the window isn't Earth.  In fact, it's a more like the worst rest stop you've ever been in...cold, nothing works, and it's full of parasitic alien eggs.

After one crew member finds out the hard way that sticking your face into unfamiliar eggs isn't the brightest thing to do, the rest find themselves stalked by a creature that can't help playing with its food before jamming its second head into their faces.  And how do they respond?  Well, Captain Dallas doesn't care, Security Chief Lambert cries for three hours straight, engineers Brett and Parker want to talk about the bonus situation, Ash the science officer suddenly starts acting really, really evil out of nowhere, and Ellen "I'm in the sequels" Ripley can't find anyone to listen to her.

It's like "The Office," in space.  And the future.  And the new temp is trying to eat everybody.

Depending on your tastes, this iRiff has versions covering both the original 1979 cut of the film and the 2003 special edition.  And as a bonus, hear the One Man Band tell his faithful sidekick, PPD-3200, about where computers go when they become obsolete (hint: it's the internet).

Special thanks to Hor-Riff-ic Productions, who contributed mightily to this track. 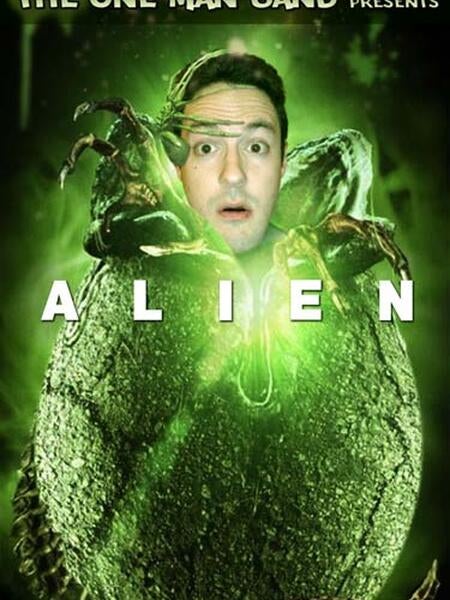