David Giancola has a new movie out. He wanted to 'Pay it Forward' and let all the RiffTraxians & MSTies enjoy it, so he allowed a 48-hour sneak peek here on RiffTrax. *Expired

Now Available to Buy, Rent and Review on Amazon

Axcellerator is the story of a car thief who stumbles onto a teleportation device and the girl of his dreams. They soon find themselves being chased across the globe by the F.B.I., the C.I.A., and a rogue assassin - all of whom want the device at any cost.

To stay alive, they must discover the device’s secret before the bad guys can catch them. The invention of the century takes them on an adventure of a lifetime in the film, which Director Giancola describes as; “a bit of “Back To The Future” meets, like “Hobbs & Shaw” - on a waaaay smaller budget”. 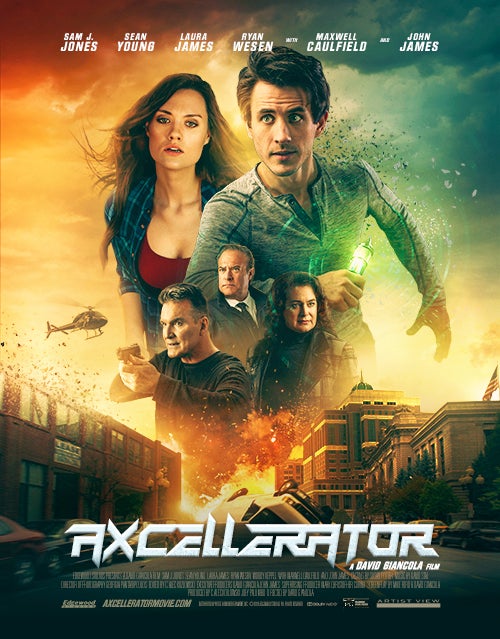