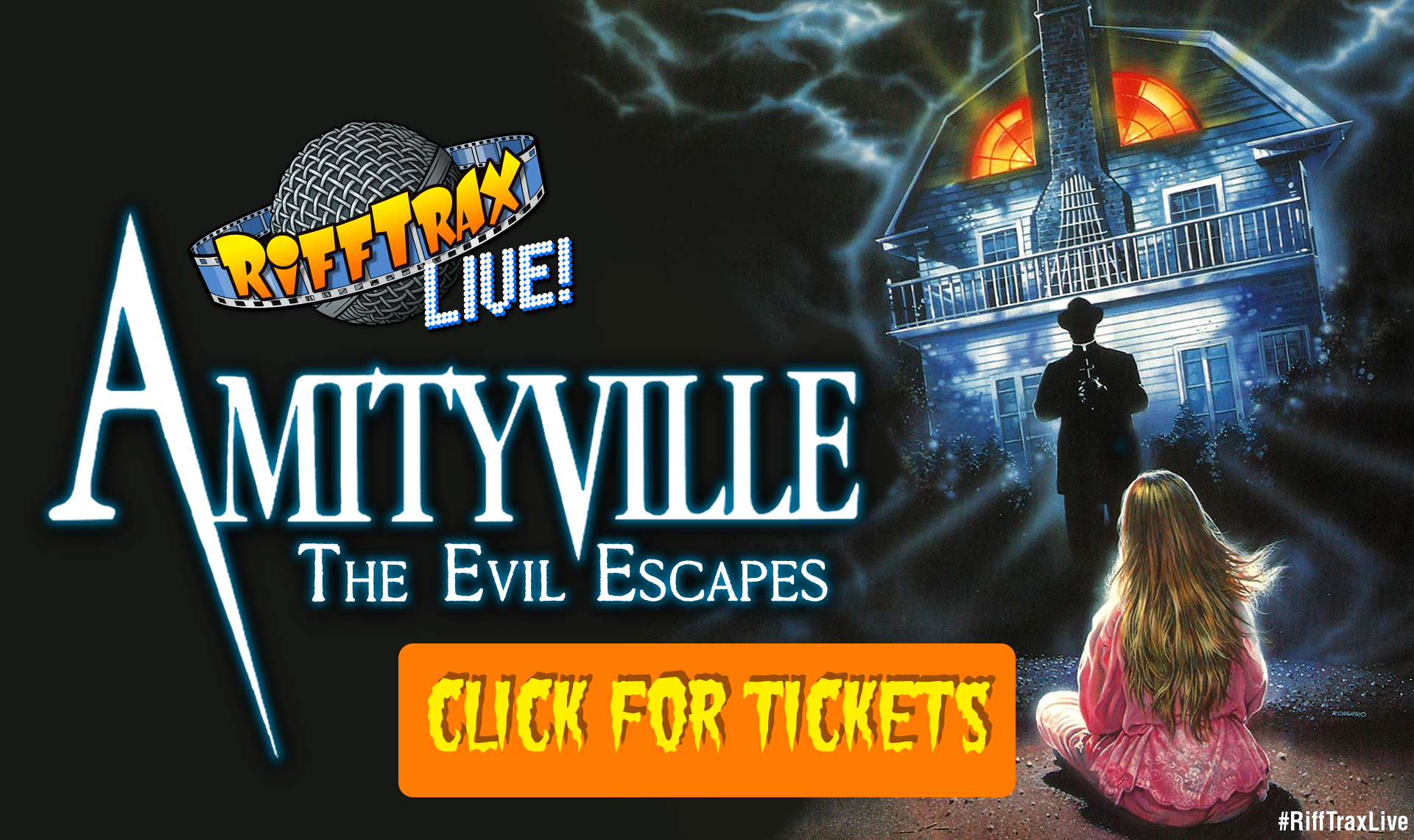 Tickets for RiffTrax Live: Amityville 4: The Evil Escapes are ON SALE NOW!

The evil has escaped! And it's headed to a theater near you on October 26th! #RiffTraxLive is returning to HALLOWEEN in glorious fashion -- the made-for-tv sequel fashion to be precise. The Amityville franchise had previously boasted villains as roboast as an entire house. This time out? It's an evil lamp! SPOOKY! Join us for what should be an instant classic. Get your tickets ahead of time because theaters will sell out.

Get your tickets now!

Live Audience Tickets released for the Belcourt Theatre in Nashville!

Be in the Audience!

A few tickets have opened up to see the Live Performance.

Own our previous live shows!

RiffTrax Live is a shared comedy experience where Mike, Kevin and Bill "riff" a film LIVE onstage and it is broadcast LIVE via satellite feed to hundreds of movie theaters coast to coast.

Get notified when RiffTrax performs near you!
RSVP on our Facebook Event page

Own the Previous LIVE shows:

What's your favorite Live show? What do you want to see?