Rated TV-MA For blood, violence, language, and the longest and slowest end credit sequence ever

There are so, so many shark movies. That’s probably because audiences keep going for them like a shark after a fresh bucket of Richard Dreyfuss. Big shark movies, little shark movies, expensive shark movies, cheap shark movies, tornado-and-irony based shark movies… and people still want more! It might even inspire you and your friends and your home video camera to say “Hey, what if we made our own shark movie?” And folks, that line of thinking is exactly how you get Jurassic Shark.

Set on a remote island (ordinary lake) with an advanced research facility (abandoned garage), Jurassic Shark kicks off with an explosion that releases an ancient megalodon (dinosaur for “CGI shark”). Then, naturally, it settles into a long scene of women splash-fighting each other in the water before being eaten. But from there, it really picks up with… well, more shark attacks, and more women in bikinis.

There’s a crew of college students (in bikinis) and a team of art thieves (mostly not in bikinis) who all wind up trapped on the island at the same time. The thieves are out to recover a painting they dropped in the lake: a classic work by John Singleton Copley, whose Wikipedia entry the filmmakers dutifully skimmed. One by one, their terrible choices get them chomped into pixels by the digi-shark. Thrill as he changes size and appearance from shot to shot!

Perhaps most importantly, the movie introduces HogsBack Brewing Guy to the “guys in beer T-Shirts” RiffTrax canon. Join him, Mike, Kevin, and Bill for the no-budget fun of Jurassic Shark!

Get it in our Threadless store! 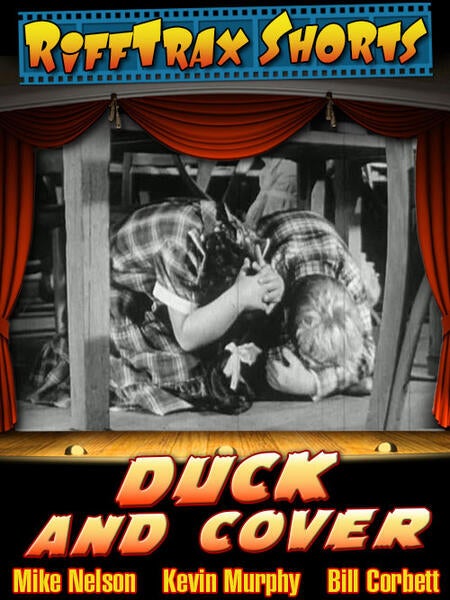 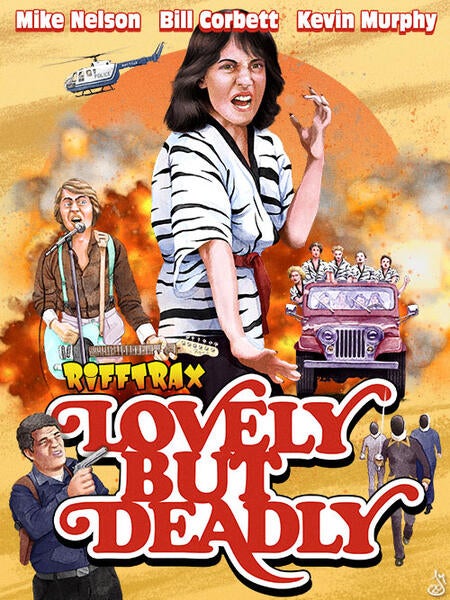